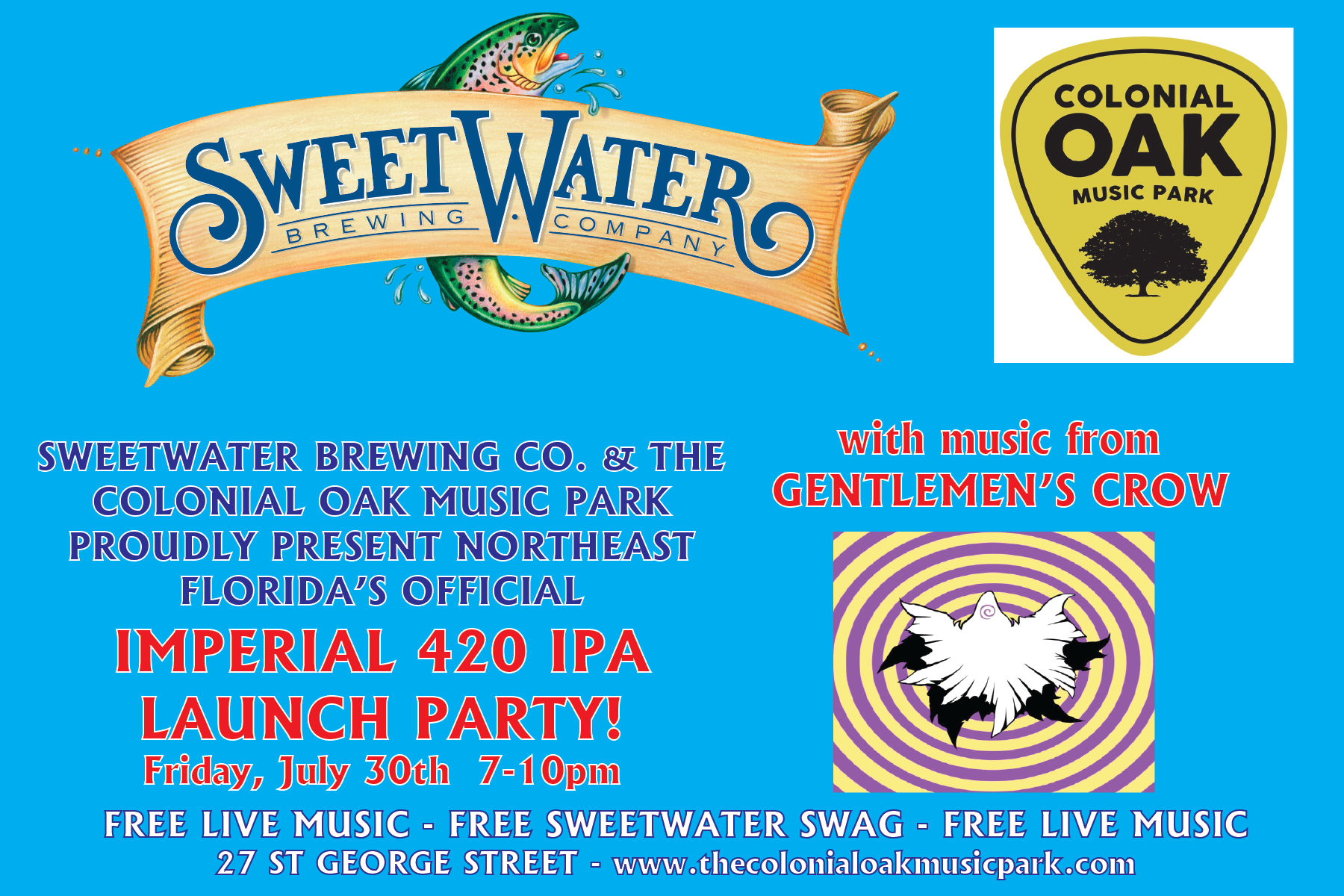 Join us at the Colonial Oak Music Park as we team up with Sweetwater Brewing Company to officially launch their new Imperial 420 IPA!
Free Sweetwater swag along with free live music from St. Augustine’s own Gentleman’s Crow!

Gentleman’s Crow have spent time conjuring their unique blend of rock, alternative, psych, and metal while cutting their teeth in venues across Florida. With the upcoming release of their debut album “Apparitions”; they are looking to showcase themselves in modern rock music, haunt you with their songs, and stamp your memory with their blistering live shows.

It’s a perfect way to cool down with some hot music, and a brand new Sweetwater IPA to celebrate with.
Quench your thirst with us at the Colonial Oak!