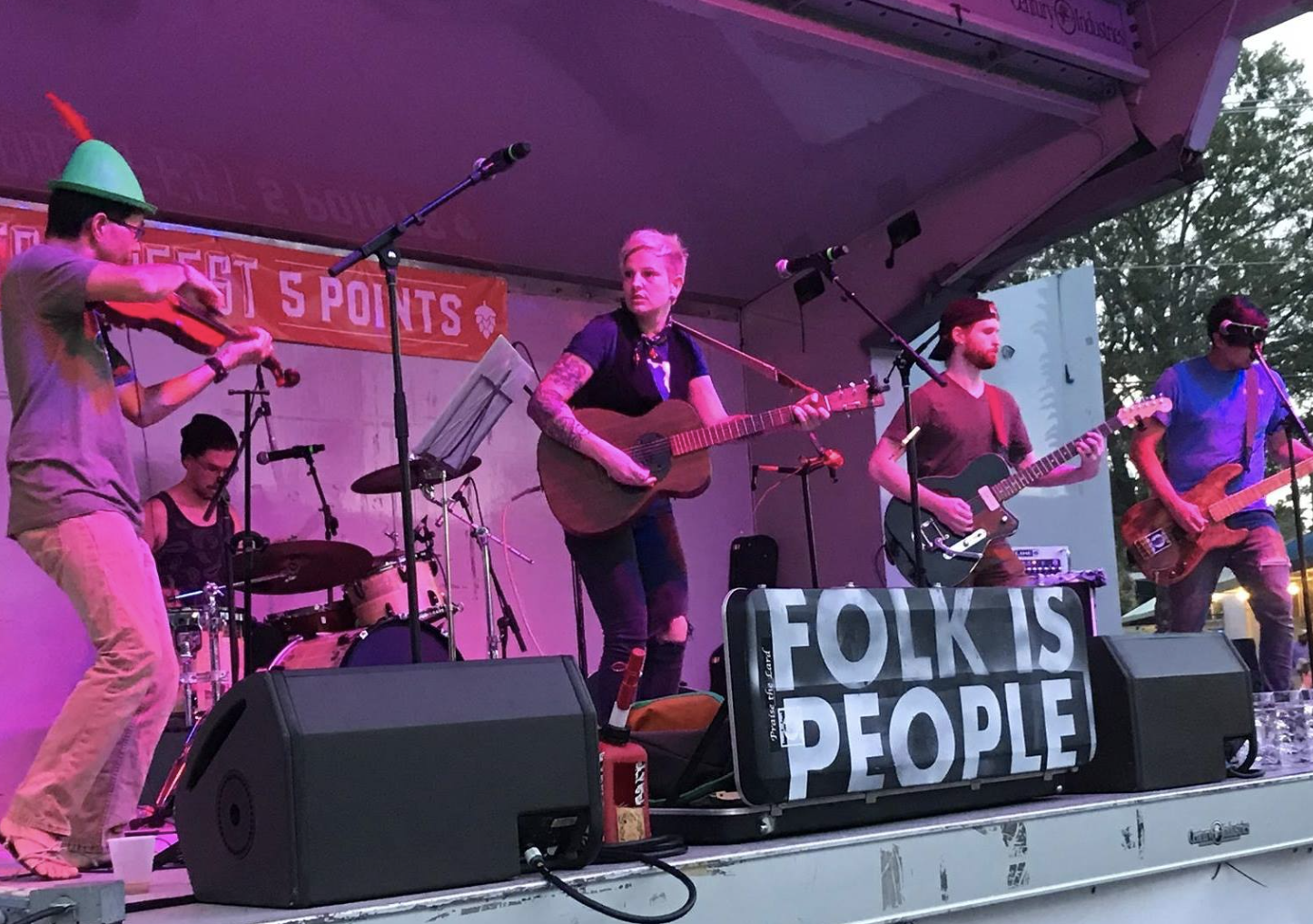 See you at the Oak on Friday July 8 for a performance by Folk is People and Remedy Tree.

Dining available on site by the St. Augustine Seafood Company!

Genre-bending ensemble Folk is People infuses a string driven, roughly edged brand of Americana with elements of folk, bluegrass, and old country, enveloping it all in a distinctive indie-rock sound. Led by singer-songwriter Stacey Bennett––an artist who has buried her Appalachian roots in the storied swamp ash scene of Florida––the band highlights the rich musical ethos of the past centuries. Bennett’s collection is a diary of sorts, each song an entry reaching deep into the spirit, and longing for shared connection. Poetic and honest, her catalog is an array of existential musings threaded with hope. Folk is People has performed across the U.S., played festivals including SxSW, and has supported nationally touring acts such as Susto, Shovels and Rope, and Justin Townes Earle.

Remedy Tree is Florida’s hard driving modern bluegrass band. Hailing from St Augustine, the outfit was established in 2015 by Gabriel Acevedo 2018 Florida State Fiddle Champion and Singer Songwriter. Remedy Tree has been developing their sound blending bluegrass, folk and Old time music with new influences to create a truly unique Americana experience. Remedy Tree has shared the stage with major talent  such as The Steeldrivers, Town Mountain, Brett Bass + Melted Plectrum, Chris Henry, Kenny and Amanda Smith, The Grascals and more as they continue to make a name for themselves in Florida. With 3 Studio projects under their belt, Remedy Tree is known for keeping their audiences dancing with their high energy shows and inspiring through profound lyric-driven songs. They currently tour Florida from coast to coast often across state lines playing Bluegrass and Folk festivals listening rooms, bars and clubs alike as they prepare to record their second full length album.