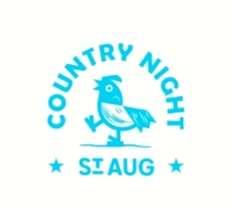 Curated in collaboration with WQIK – the Colonial Oak is proud to present a hand-selected variety of acts bringing the best to North Florida’s Country Music scene.

According to Southern Tide’s own statement:
“We play southern influenced rock n roll, blues, classic country and Americana music. Our set list consists of songs you’ll hear no where else in St. Augustine.”
Kenny Yarbrough grew up with country music in his native state of Arkansas but started out as a blues musician. The Southern Tide Band is a southern music band; One that includes southern blues, rock and straight-ahead Honky -Tonk Country.  Southern Tide prides itself as well-rounded enough to play the the roadhouse on Saturday night &  the Tiki Bar on Sunday. Jim Builteman on mandolin and lead guitar, Randy Day on Bass, Gary Goldsmith on pedal steel, Kevin Mileski on drums, TR Zielensnki on fiddle and Yarbrough round out the lineup.