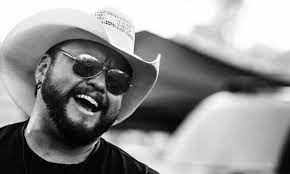 The Colonial Oak Music Park and City Gates Spirits are very pleased to welcome back Cliff Cody to the Oak stage!

A performer with a big voice and a working-class sensibility, Cliff Cody embraces the classic themes of country music — hard work, hard times, broken hearts, and the occasional glass of whiskey to smooth away life’s rough edges. Making his debut with the 2014 album ‘Homegrown,’ Cody’s music has a potent classic rock influence to go along with the country archetypes of his melodies and lyrics – while his second long-player, 2019’s ‘A Mess Like Me,’ pushes rock guitars and organ into the background for a more traditionalist approach in performance and production.

A fan of country music since childhood, Cody began playing and songwriting at age 19 – building a following from Odessa, Texas to Nashville, Tennessee, and Key West, Florida over the ensuing years. Along the way he has written for & performed with a number of music luminaries, competed in the nationally televised competition ‘Rising Star’, as well as becoming accredited as a registered nurse.

St. Augustine resident, Davis Loose, whose first LP ‘The Next Lonesome Road’ was released in December 2019, will open up the evening’s festivities with his band, the Loose Cannons.

Showtime starts at 7PM, and admission is $15. Tickets will be available through eventbrite.com beginning Friday, September 10th.  In addition, 50 tickets will be made available for a meet & greet with Cliff before the show for $50.  Doors open at 6:30PM ,show begins at 7:00PM.